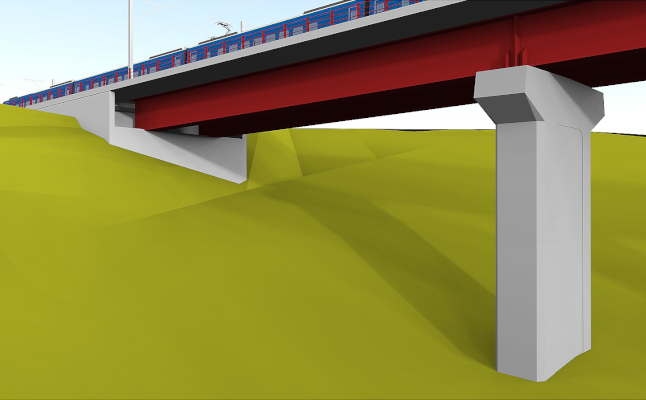 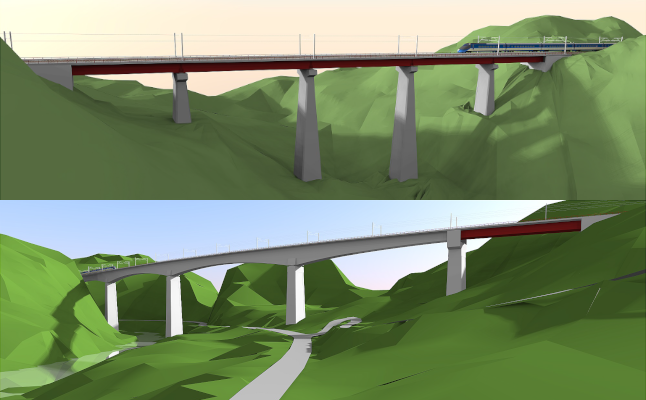 Design of railway bridges and viaducts for the new electrified double track line, between Thénia and Bordj Bou Arreridj stations, which links Algiers and Constantine, in Algeria.

It is a ballasted double track line, of mixed traffic, for the transport of passengers and goods, with project speeds of 160 km/h and 100 km/h respectively, in an extension of 175 km, comprising 83 bridges and viaducts and several tunnels.

The main solutions adopted were the design of trays with isostatic spans, composed of prefabricated reinforced concrete beams pre‐stressed by post‐tension and spans with 32 m, in order to minimize the use of track expansion devices. For high‐height trays, a continuous structural system was planned, with maximum spans of 100 m and the trays in a single‐cell beam‐coffin section, made of longitudinally pre‐stressed reinforced concrete, were built using the balanced cantilever method.